LISTEN TO THE SHOW HERE!

In the 130th episode of The Main Street Electrical Podcast, Jenn & Dave are keeping an eye on the storm as they come for another week of Magic. 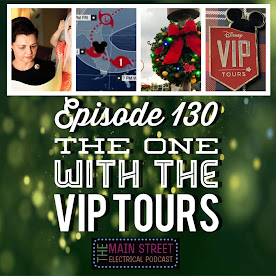 First, Jenn is prepping for the upcoming group trip, while Dave gives a quick overview of his weekend trip to Orlando for The Thing Conference. Along the way, he gives his thoughts on the Disney Springs hotel he was in, including the fantastic 10 minute walk to Disney Springs.

Plus, meeting listener Kylene and hearing some of her fantastic movie theories.

Then, a quick look at the Mickey's Very Merry Christmas Party, plus the few dates that have tickets remaining, the legacy of Alice Davis, the newest popcorn bucket and what Disney is doing to combat resellers, plus an update on Tropical Storm Nicole

Finally, Dave took his very first VIP Tour through Disney World last week, and with Jenn having done it previously, they give you the rundown on the VIP Experience.

Part of the conversation includes the best time to start (and which event to end on), and deciding which parks to include. Plus, whether you should eat, a few myths busted for Dave, and just how big is that Guardians building. 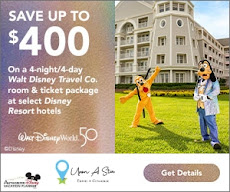 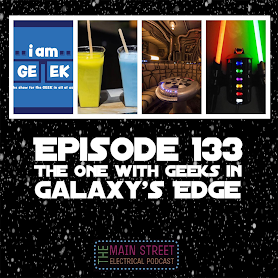